1. Details of defections from SAF/PDF etc. to SPLA. How big? How significant?

It is over one thousand from SAF, who join SPLA in many areas like Kadugli, Kauda, Buram, because they discovered that SAF is not genuine and they do not respect agreements. And that is not just to agress SPLA. So that is what happened during this fifteen days.

2. Any SOLID info about the mass grave reported to be in Kadugli?

Hundred of people has been extra-judiary killed and executed. Many people lost their lives in Kadugli. But I can't tell about this mass graves. They just forced people who were displaced to come back and bury the dead. And some of them escaped and came to tell that there are many many bodies inside Kadugli town and that they forced people to bury this bodies.

3. Who is running the war? In Nuba, Ahmad Haroun or Ahmad Khamis? In Khartoum, Omar al Bashir or SAF?

4. What is the difference between this war and the last? (I imagine greater air power is a factor …)

This is one factor. But most importand factor is that in 1985 we have been all civilians. We did not have any military training, we did not have guns. But this time we have thousand and thousand of arms, armed revolutionaries and this is why the reaction to Khartoum agression was very strong and as you have seen we manage to eliberate over sicksty garnisons and outposts within ten days of war. So this is the difference. And also in terms of political conscioussnes.
During 1985 the mayority of our people were not aware of the courses of the war. But this time the whole state interacted with SPLA and they have learned the genuine corse of the vision.

This second war majority of people found out that SPLA is fighting for genuine cause, fighting for freedom and justice, fighting for equality, fighting for their benefits. And this is why there are many soldiers who have rebelt against SAF and they join SPLA. Also we reach accros tribal devide and the message, SPLA message reached the Arabs, Arab groups in the state. Like the Hawasma, the Myseria, the Kavahla and so on. This is why they did not fight against SPLA this time. Only few elements. Majority discovered that SPLA is fighting for their future, for their rights. So this is the difference between this war and the one before. On top of all this many people discovered the nature of NCP, their wrong policies, their wrong program. So there is big difference between last and this war now.

5. At what point exactly did you decide war was inevitable?

After president Bashir declared war on us in April 27 2011 I took his words seriously. And when the speakers of NCP requested to disarm SPLA forces who are present north of 1956 border by June 1. On top also chief of general stuff of Sudan armed forces general Esmad brought the letter directly to general Jamis Hos, the chief of the staff of SPLA asking him to withdraw SPLA forces in the two areas south of 1.1.1956 border. On top the comander of the SAF Division 14 in Kadugli Major general Bashir al Bakhi wrote us a letter that after June 1. "I am going to disarm any SPLA who is staying in the state. And that is going to abaide by the spirit only of CPA but not the tay and provisions." So it was open declaration of war. So when they bring more tanks, and more heavy guns and more provisions after I was that sure that they are going to abduct and this is why I ordered all the SPLA troops to take defensive positions and wait for attack. Then on the June 6. they have actually attacked our positions.

6. What support from Juba?

7. What coordination with the Dinka Ngok?

No, no, we do not know this people. And they are very far. And they are staying there in Darfur. So there is no relationship between us and JEM movement. In fact they are now negotiating a peace agreement with government of Sudan in Doha.

9. What is Khartoum’s Grand Design? The oilfields? One Sudan? Revenge?

Actually Khartoum design is very clear. They are interested in natural resources. South Kordofan is very rich. It is the only state in Northern Sudan, that is producing oil. It is also very rich with other minerals like uranium and others. On top is an agricultural state. We have also livestock. So Khartoum is interested in natural resources and they do not care about the people. Khartoum is also planning to establish totalitarian regime and they do not want to tolerate any other one. Just one party system. This is way they are targeting SPLA members. They killed many many people just because they voted for SPLM. SPLM leaders and secretaries where arested, tortured, and we do not know for many where they are now. This is monolitic party.

10. What do you want from the international community?

Let's extend the interim period beyond July 9. Let's extend the mandate of UN to help for protection of civilians. And organise reliable negotiations between SPLA and GoS in order to implement the CPA.

11. Can Mbeki and African Union do anything? Do you trust Mbeki?

Yes, I do trust Mbeki. He is doing his best. We want to give him a chance.

This are just rumors. I can't believe that NCP will go to this extend.

I am now not in Kadugli, so I doubt you can get me on e-mail. 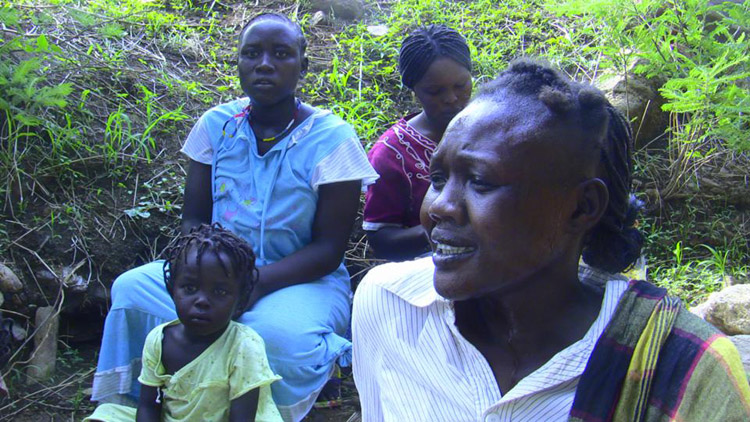